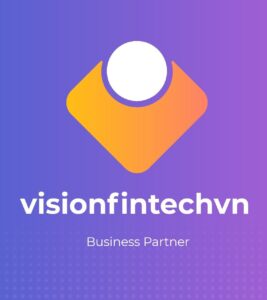 The environment is one of the top concerns for Gen Z — even amid a pandemic. And, while some products that are billed as sustainable cost more, there are a lot of changes you can make in your everyday life that will be good for the environment — without breaking the bank.

“The only way to preserve the earth and its beauty is by reducing our consumption, reusing the materialistic goods we already have, and recycling our unwanted goods,” said Jeremy Lewan, a meteorology student at Rutgers University.

Jeremy Lewan, a student at Rutgers University, designed a fully reusable and compostable straw made from plants.

We’ve all seen metal straws trend on social media, and even influencers have hopped on selling them as a part of their merchandise. Plastic straws play a significant role in the amount of pollution for marine life.  But it’s also the utensils you get from restaurants, plastic bottles and single-use plastic bags.

Thanks to all of these single-use habits, the world generates an estimated 275 million metric tons of plastic waste per year, most of which winds up in a landfill, according to a team of researchers led by Jenna Jambeck at the University of Georgia. An estimated 8 million tons of that plastic waste winds up in the ocean every year, according to the research, which was published in the journal Science.

This plastic winds up in giant floating garbage patches and in the stomachs of fish, turtles, birds and other marine life. The plastic decompose into tiny pieces, and our friends underwater mistake them for food.

At this rate, by 2050, there will be more plastic in the ocean than fish, according to the World Economic Forum.

So, what can we do to help cut down on waste — and save money in the process?

First, we can opt to not take utensils from dining halls on campus or when we dine out or get takeout. Instead, bring your own silverware (or buy a set of reusable bamboo utensils to toss in your backpack) and invest in a set of metal straws (only 6$ for a pack of 4 on Amazon).

Now, this isn’t going to save you personally a huge amount of money – but it will save restaurants money and make no mistake – they pass their costs on to customers. Restaurants in the U.S. spend $19 billion per year on take-out foodware like utensils, bowls, cups, and more, according to research from the Overbrook Foundation.

More from College Voices:
Gen Z grew up with climate change. Now it’s starting to have an effect on their career choices
The environment is Gen Z’s No. 1 concern – and some companies are taking advantage of that
College students used Instagram to sell face masks and other products during the pandemic

“I am a huge proponent of reducing single-use plastic waste,” Lewan said. “I never take plastic utensils or plastic bags from our cafes on campus.”

Lewan even spearheaded a social innovation project at his school to design a fully reusable and compostable straw made from plants. (And won second in the competition!)

2. Find other ways to get around.

Another easy way to save a lot of money is to ditch the car.

And, it doesn’t matter if you don’t have your own bike – bike-sharing programs have become more common on college campuses.

And, even if you can’t completely ditch your car, reducing how much you use it will help. Riding a bike helps reduce carbon emissions and keeps the rider in better shape. It will also save you a lot of money on gas, parking passes, insurance and oil changes.

“To save money I decided to both commute and live car-free,” said Erica Solis, a linguistics student at Stony Brook University. Solis believes she is saving at least a couple of thousand dollars by not commuting to her university.

Erica Solis, a student at Stony Brook University, tries to cut down on carbon emissions by walking around her university.

Another option: Consider carpooling with friends.

Solis and other members of the campus environmental club carpool all the time to reduce carbon emissions.

“Most of our transportation to events out of campus is provided by members of the Eboard, who will usually carpool with 3-8 other members of the club,” said Maria Rodriguez, outreach coordinator for Stony Brook’s environmental club.

“This way of life being better for the planet is a great bonus,” Solis added.

3.  Buy clothing and other items at thrift stores.

Second-hand shopping has become one of the many ways Gen Z has helped the environment, while at the same time looking cool. In addition to clothes, buying items for your dorms such as lamps, storage units, backpacks and more could be an easy way to save a quick buck when doing back-to-school shopping.

Clothing at thrift stores is often around 50% to 80% cheaper than it would be to buy it new at a store, which to a money-conscious college student, should be music to your ears. And at the same time, you’re keeping those clothes out of a landfill.

Stony Brook’s environmental club encourages students to partake in activities like these.

“We recently held a trip to a thrift store near campus, introducing close-by yet affordable alternatives to fast fashion, and promoting members to partake in sustainable fashion outside of club activities,” Rodriguez said.

Fast fashion used to be a favorite of college students and 20-something because it was cheap and fashionable. You could have the latest trends without busting your wallet. But the problem is that garments that are cheaply made and only meant to be worn a few times create a huge amount of bulk in the nation’s landfills. And, just for context: The fashion industry is responsible for 10% of global carbon emissions every year, according to the Ellen MacArthur Foundation.

4. Make changes to the way you wash your clothes.

Another way you can stay environmentally conscious in school and save a quick buck is by changing your laundry routine. Reusable dryer sheets and using cold water to wash your clothes saves money and the environment.

Bailey Campbell, a biology student with a genetics concentration at Stony Brook University said changing her clothes routine helped her through college.

“I have bought reusable dryer balls, which I’ve had for about two years, and it was like $10 for six of them. And as opposed to using dryer sheets and buying new dryer sheets every month, it’s so much easier you just throw the ball in,” she said.

Bailey Campbell, a student at Stony Brook University, uses reusable dryer sheets to help save the environment — and her wallet.

Campbell also pointed out that thick material clothing such as jeans don’t need to be washed every use as the label says.

“I wash every two weeks, which saves a bunch of water, which obviously saves detergent and dryer ball usage,” she added.

There are also zero-waste laundry pods in recyclable packaging you can use instead of liquid detergent in giant plastic containers. These not only cut down on the amount of plastic in the environment but also the weight of transporting heavy liquid containers — that means fewer carbon emissions.

No, we are not forcing you to be vegan. But skipping meat, even once or twice a week, can help save money – and reduce carbon emissions.

And, when it comes to the budget, meat is often the most expensive part of a meal. Including a couple of vegetarian options in your meals for the week can save you around $300 per year. Consider that your average boneless chicken breast costs about $3.27 per pound nationwide, while tofu sits at about $2 to $2.50 per pound and dried beans are about $1.39 per pound. Substitute any of those in your weekly diet and you can save about $6 a week, or over $20 in a month!

And in terms of the environmental impact: Preparing meat produces between 10 and 40 times more greenhouse gas emissions than growing and harvesting vegetables and grains, according to  the Environmental Working Group.

Moving into a dorm? Or off-campus? Or what if you landed that dream job post-graduation and are worried about furnishing your apartment with a thirsty bank account?

When you need to furnish your living area, go to social media boards like Facebook Marketplace. If you’re lucky, your town may have a marketplace as well. Where I am from in Massapequa, NY, we have “Massapequa Marketplace” a group on Facebook. Here people either sell for cheap – or even give away for free – all kinds of household items, including couches, paintings, chairs, coffee pots, tables, and more.

Last year, my mom sold my brother’s stuff from his old apartment on there. When she found a taker for the mattress, she just took whatever price they offered. So, you can seriously save a lot of money.

In Campbell’s local hometown in Albany, she has “Habitat for Humanity,” which is a huge warehouse where she shops for furniture. When she was helping her boyfriend move to another apartment, they bought all thrifted furniture.

A lot of schools, like Cornell University, also have “Dump and Run” sales. Students can “dump” clothing, furniture, household items, electronics and other stuff when they move out in May and then it is resold inexpensively to students when they move in the following August. How cheap are we talking? In the last sale, mini-fridges were marked down to $40, microwaves were $20, most clothing items were $2 and coats were $5 and shoes were $4. In the case of Cornell’s, it not only keeps these things from winding up in landfills, the money raised goes to charity. Win-win!

And, while this can be huge savings for your wallet, the impact on the environment is also huge: You aren’t purchasing a new item that had to be manufactured at a factory and then transported to a warehouse, to a store and ultimately to your dorm or apartment – all things that would have produced a lot of carbon emissions. You are giving someone’s old stuff a new life – and keeping it out of a landfill.

This may seem like an obvious solution to save money, but did you know that turning off lights could save you a few cents per hour? It may not seem like a lot but it can add up over the course of a year.

So start these good habits now. The sooner you start, the sooner you save money. And, in the process, you’ll leave the environment a little better off for the next generation.

CNBC’s “College Voices″ is a series written by CNBC interns from universities across the country about getting their college education, managing their own money and launching their careers during these extraordinary times. Jessica Coacci is a student at Stony Brook University, pursuing a bachelor’s degree in journalism. She is a two-term intern on CNBC’s breaking news desk. The series is edited by Cindy Perman.

Why Choose Jingsourcing Instead of Others

How to buy Quality Tires Appropriately

Strategists on investing in Asia junk bonds after Evergrande crisis

ABOUT ME
visionfintechvn.com is the platform for all the latest news about business stay tuned to stay updated.
Contact me: [email protected]
© Copyright 2017 - Newspaper WordPress Theme by TagDiv